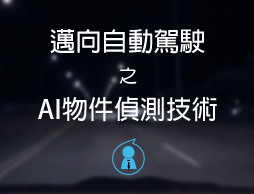 This course will introduce object detection approach based on deep learning, which is suitable autonomous driving applications. The topics will cover two stage approaches, single stage approaches and discuss how to accelerate the execution of these deep learning models to meet real time constraints and improve their accuracy. Finally, a real case will be studied to show their strength and weakness.

After taking this course, students will learn the principle and limitations of the object detection based on deep learning, and know their real time constraints and accuracy problems and their solutions.

From 2000 to 2004, he was a Deputy Manager with Global Unichip Corporation, Hsinchu, Taiwan. In 2004, he joined the Department of Electronics Engineering, NCTU, where he is currently a Professor. In 2009, he was a visiting scholar in IMEC, Belgium. His current research interests include system-on-a-chip design, VLSI signal processing, and computer architecture.

Dr. Chang has received the Excellent Young Electrical Engineer from Chinese Institute of Electrical Engineering in 2007, and the Outstanding Young Scholar from Taiwan IC Design Society in 2010. He has been actively involved in many international conferences as an organizing committee or technical program committee member.